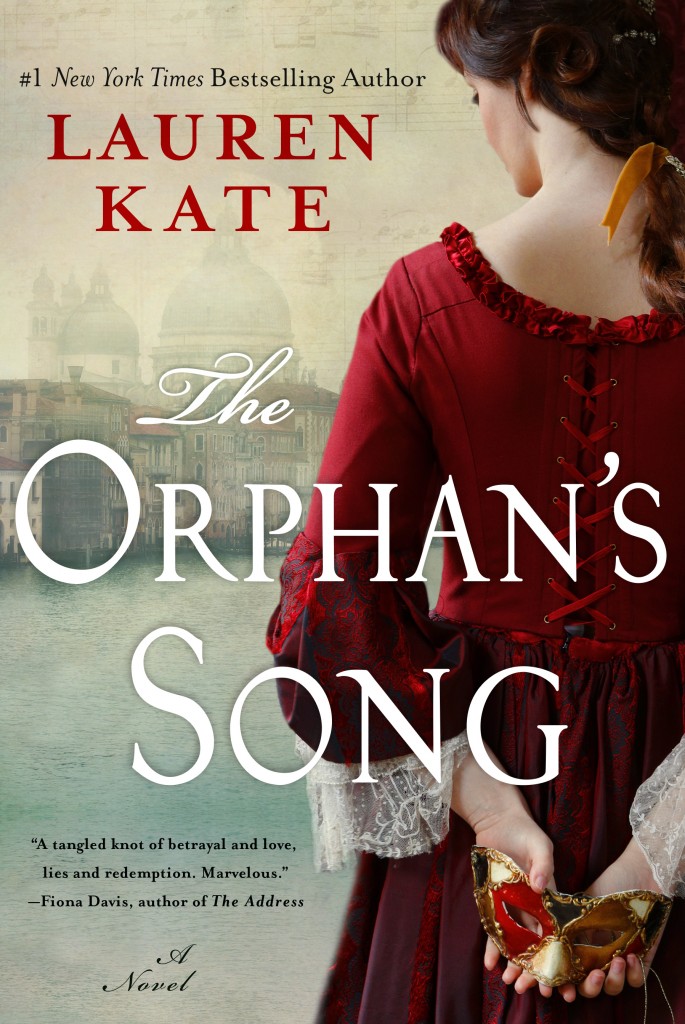 I found this story when I was lost. It was the winter of 2015 and I was in Venice promoting another novel. It was the first book tour where I had my two young children with me, and I remember racing home from events to nurse my son, to kiss my daughter before she went to sleep, to relieve my husband of caring for two jetlagged toddlers under three. On this cold night my event ran late, and by the time I left the bookstore, the wind was brutal, the city flooded with aqua alta—high tide. I splashed toward what I hoped was my flat, turning down one narrow alley, then another, everything almost familiar.

At last, I saw three words chiseled on a building’s stone facade—Ospedale degli Incurabili. Hospital of the Incurables. I looked up at this hulking structure, for which the surrounding streets had been named. What was it?  Who were they? I circled the compound and eventually, three more deserted Dorsoduro alleys led me home. But long after my children were tucked into bed, I was still thinking about the Incurables.

Research revealed that the Ospedale degli Incurabili—which now houses a fine arts college—was originally a hospital and orphanage for foundling children, dating back to the fifteenth century. For hundreds of years the Incurables took in orphans and raised them to be musicians. The orphanage attracted the most famous baroque composers as teachers, and many of its musicians became famous, drawing audiences from around the world. The Incurables was the original music conservatory—and each one of its students had been abandoned as a child.

A novel had appeared at my door, begging to be let in.

The Orphan’s Song is set in an era of excess, when Venetians wore masks year-round, when it was uncivilized to be seen with your spouse, when music was the highest art of all. From this world emerged two characters—an orphan boy and girl, a violinist and a soprano—both seeking elusive families and homes. It’s a story of music and mystery, of bonds broken and remade.

To write it, I returned to Venice and spent ten days with Venetian historians, musicians, and caretakers of the former orphanages. I took violin lessons and became a constant patron of the LA Philharmonic. I read Casanova’s memoirs and Vivaldi’s musical theory. I fell more deeply in love with Venice than I imagined possible.

None of my novels has ever found me so already written. Blame it on the Serene Republic and on these characters, still falling in love.

I can’t wait for you to read The Orphan’s Song.