And the Winners Are…

A HUGE thank you to all of you who submitted answers to these questions, I received so many amazing responses that it was nearly impossible to just pick six for this giveaway. But don’t you worry, there will be other chances to win cool Fallen prizes coming up soon, I promise.

So let’s see what our six had to say about the series and upcoming Fallen possibilities!

Tell me about something in your life that has reminded you of Fallen, or vice versa, something in Fallen that has reminded you of anything you’ve experienced in your own world – huge or small, but still important. How are you and Luce and Daniel connected?
“Fallen has reminded me so much about my personal life that it is beyond scary. I have almost lost my love on plenty of occasions due to her being so ill and constantly being checked to see if she has another tumor in her brain or cancer in her body. Luce reminds me a lot of her because they are innocent women who blame themselves for the things that their boyfriends have to endure to protect them. I’ve had arguments and fights with friends or family because they speak or think certain things about her that are not true, just like Luce. I am not an angel and I internally battle my beliefs on plenty of occasions because I cannot comprehend how so many bad things can happen to a wonderful woman or how our love  gets constantly tested by outside factors.”
What do you want to see happen in Rapture? What are you hoping for most of all?

“I know I’m probably going against what everyone else wants to see happen,  but honestly I wish some how Luce and Daniel’s bond could be broken. That they would no longer be so crazy in love with each other… I think Luce should be able to end up with Miles. His character was just so nice and sweet and he was obviously in love with her, since he was able to project her to save her life at the end of Torment. If she were able to be with someone more normal like Miles I think her life would be a happy and drama free one! Then without Daniel being so connected/drawn to Luce he would be free to move on too.”

What part of the series was the hardest for you to read, the most painful scene or scenes to watch unfold?

“The part of the series that was hardest for me to read was Penn’s death in Fallen. Poor Penn she had already had such a hard life with her father dying and being stuck at dismal Sword & Cross. It seemed like she was able to open up by becoming friends with Luce. Then all the drama of the angels had to unfold and then poor Penn was murdered by Miss Sophia. We never even got to find out what would have happened to her and how her life would have turned out. It was just so sad. And then In Torment when Luce was back at Sword & Cross she went to visit Penn’s grave and it just brought up all that sadness again. Penn was such a sweet character it was sad to see her go.”

With a movie possibly coming out in a few years, (the process is so slow!) what are you most concerned the filmmakers will get right?

“I can’t wait for the movie to, eventually, come to light, however I am worried about a couple of things. The first thing obviously being the casting. If the casting is wrong for any of the cast then the movie just won’t work. They have to stick to, as close as possible, the exact description of your characters, luce’s hair, daniel and cams build, arriane’s attitude and wit, Pennyweather’s friendly albeit through lack of choice love for luce. If the characters cast don’t understand any of this the movie will be wrong, so casting is a concern that must be right. The other concern would be how they relay the book to script/film. As it usually happens everything is shortened, or lines from one character in the book given to another on the screen, it needs to stay the same even if its shortened, sometimes movies are rushed through because obviously movies can’t last usually over the 2/3 hours mark, but please keep the characters lines to themselves. I know a said a couple of things, however, I can’t help myself the sets have to be right. When I read your books, I have in my head visuals of what everything looks like, sword & cross, the cemetry, shoreline, all her past lives the hospital in italy, the crumbled church in Moscow, the sets should be to your exact description. And lastly, if it is at all possible, could you have a consulting role in the movie, because if you did, then I could live with the decisions of the movie, because you would have been fine with them.”

Which of Luce and Daniel’s past lives did you enjoy best, or would love to see more of?

“I have to say. I teared up when I read about the Luce’s past life in Prussia. It’s not one with an entire chapter on it but it’s one where Luce (present) got to her life in Prussia and watches her own funeral. But as I saw the sorrow and pain in Luce’s (Prussia life) family and friends eyes. I was mesmerized how Daniel laid there next to Luce’s coffin and how I got that small fact about Daniel. How Daniel sleeps for days after Luce dies. I enjoyed that life the most because for the first time. There wasn’t any kissing, or even words but just Daniel’s gesture of being there with to stay connected with his memories to Luce. It was the one life that I wanted each and every detail about through Luce’s and Daniel’s eyes.” 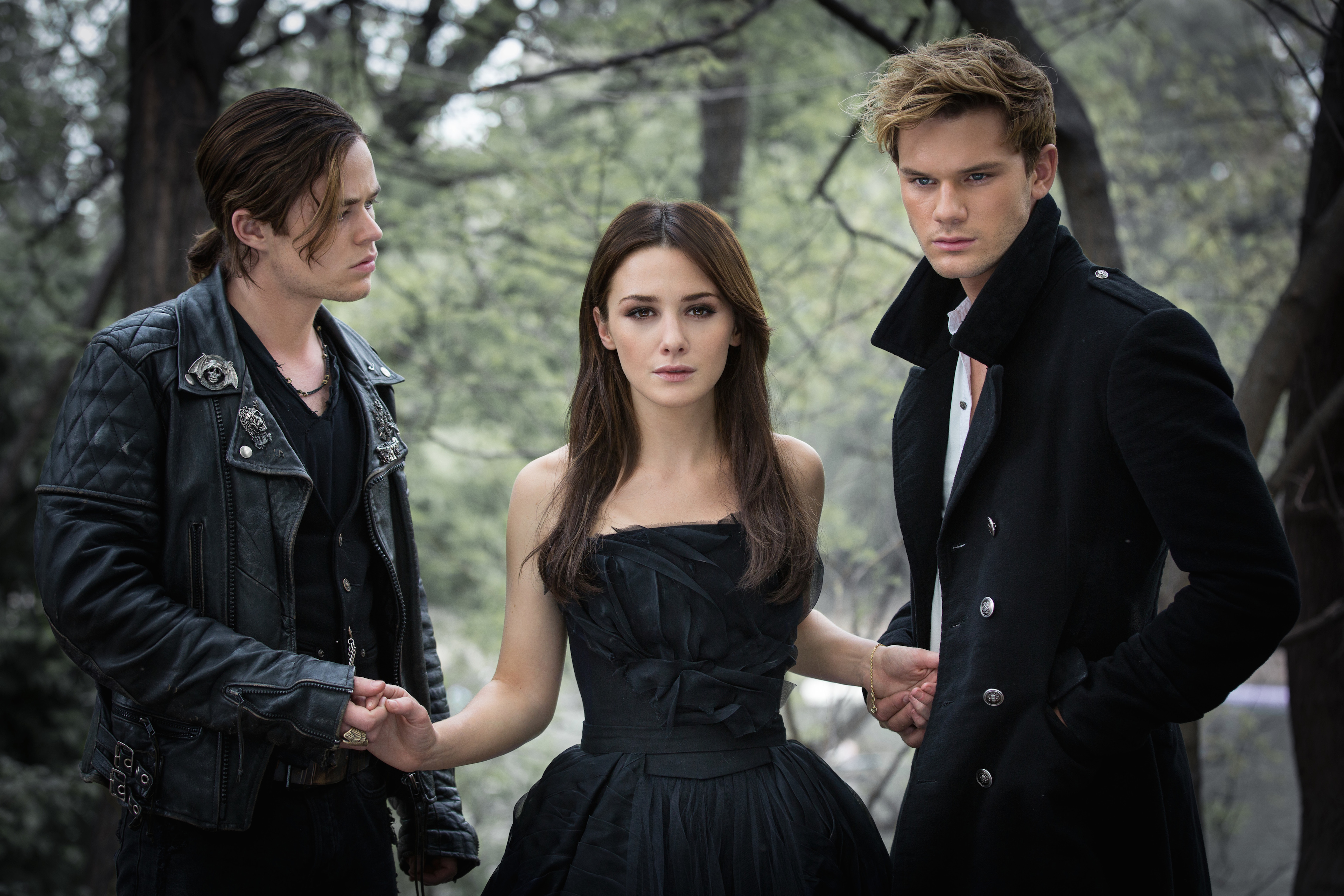 Win this: Fallen in Love Giveaway!