Have you heard the one about the Moon?

On October 1st, I’m attending the Bath Festival of Children’s Literature. In advance of this, the festival folks have put together an exquisite corpse story that has been bouncing around the blogosphere for the past couple of weeks. Would you like to read it so far?

Click below to see the first six chapters, and then read mine below.

Meanwhile, in a recess of the sea, far beneath the coy mermaid’s turquoise tail, the moon—whose name was Cynthia—wallowed in algae and regret. She was starsick for the cosmos. The absence of sunlight’s tender fingers made her shoulders ache. She had never felt this cold, this dark. She waxed nostalgic for her long rein as queen of tides, which she now realized she had taken for granted for millions of years. The tides were still as stones above her now. Perhaps she had killed them, too.

When precisely had she lost her brightness, her hope?

“Pulled a Virginia Woolf, have we?” The fish was narrow, white with black stripes down his body, a streak of yellow between his eyes. “Has all our happiness been eclipsed?”

“Who has come to torment me?” Cynthia did not lift her gaze from the silty, undulating sea floor, so heavy was she, so low with self-pity and imagined loss.

“Friends call me Breton.” The fish managed a Pepe Le Pew French accent and a serviceably passionate bow. He swam forward and rubbed his tail against Cynthia’s most treasured crater, the one shaped like Australia, violating the place where Melbourne would be.

“You’re so vain, you probably think the sky is about you,” the fish replied. “These lovely pock-marks aren’t gills, you know. You can’t stay here much longer—you’re not a normal stone, collecting moss. You’re made of cheese. You’ll disintegrate, disperse. In a word: die.”

“But I don’t want to die!” Cynthia asserted, surprising herself. “That blue boy up there will save me, won’t he? When I was falling, we locked eyes, and he brooded very much like the poets who have spent their short and otherwise meaningless lives worshipping me!”

The angelfish spat an indifferent stream of bubbles. “Poets. Don’t you realize you’re the protagonist of this story? Why wait for some fuzzy boy who can’t talk or decipher clues to save you? Instead: save yourself. Become someone spectacular while you’re at it.”

Follow the next installment of the Big Blog Story on September 22nd on Marcus Sedgewick’s blog. 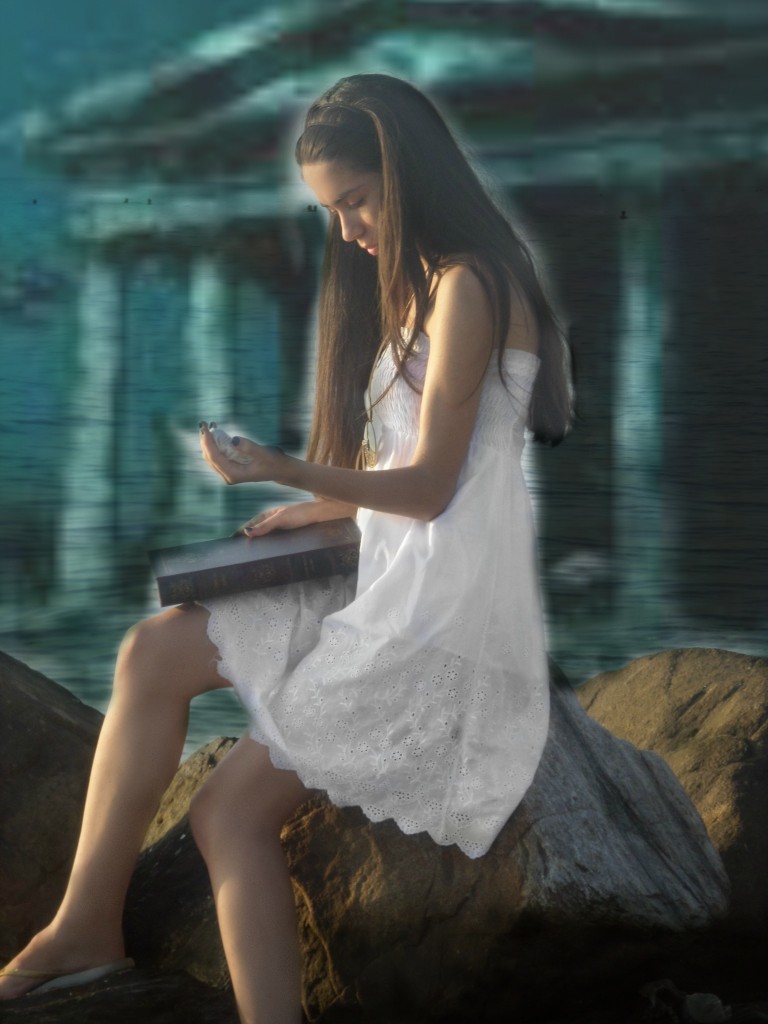